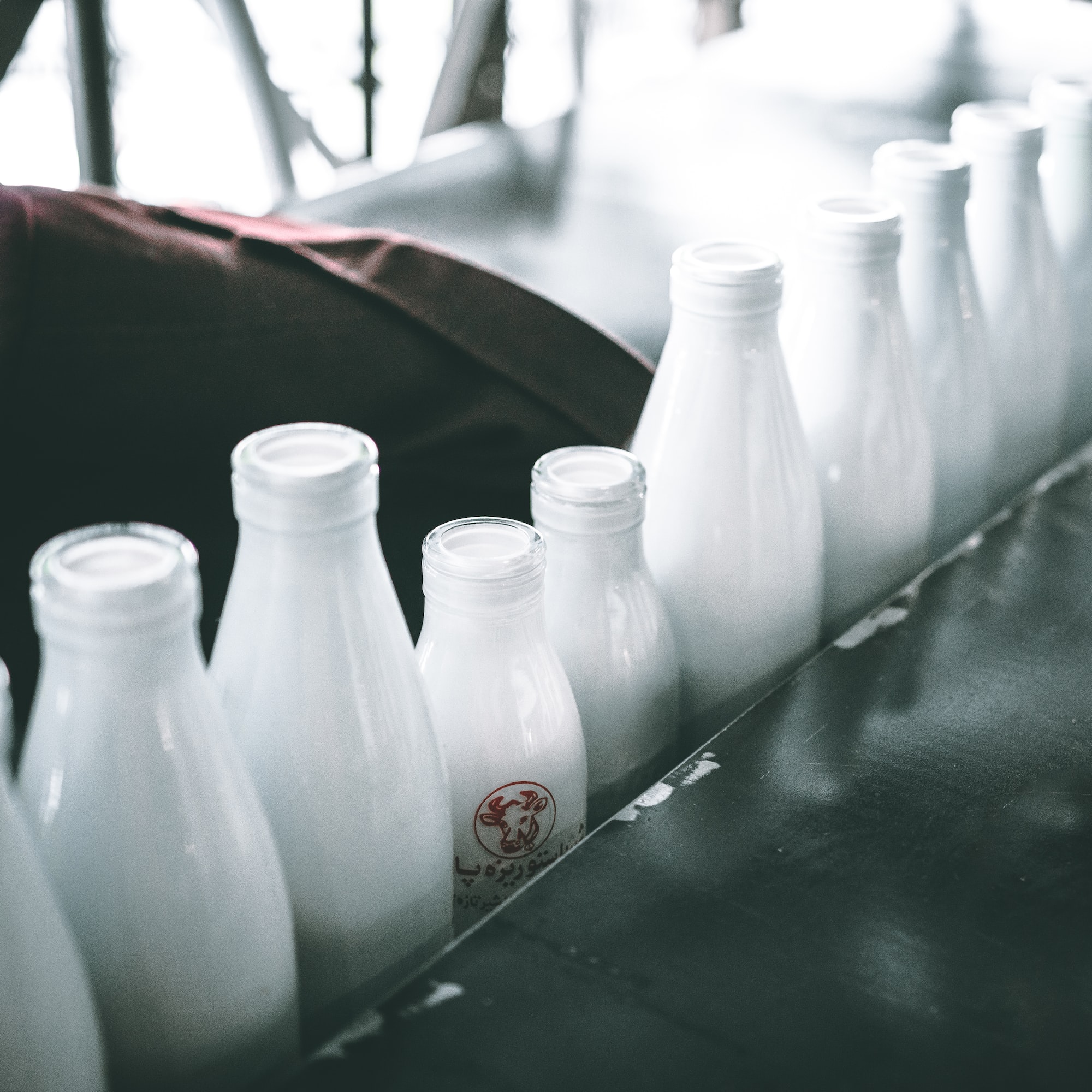 When Paul Robert, 62, of Almere, a city near Amsterdam, was in elementary school, he wore a special badge on his coat to show that he was a member of the Milk Brigade, which meant that he drank three glasses of milk each day.

This was just one advertising campaign created by the Dairy Bureau, an organization of dairy farmers in the Netherlands, that Robert remembers from childhood. In 1957, schools promoted the Milk Brigade, and the government funded “school milk.”

In 1965, the Dairy Bureau introduced milk-guzzling cartoon character Joris Driepinter (George Three-pint). “Drinking milk made him a superhero who could lift elephants,” Robert says. “Anyone in the Netherlands who is over 40 grew up convinced that milk is healthy and necessary.”

A badge and the possibility of superhuman strength didn’t convince Robert to become a lifelong milk-drinker. “I stopped drinking milk ages ago, just because I don’t like it anymore,” he says. “No idea why. It was not a conscious process.”

Decades ago, cow’s milk was touted as one of the healthiest beverages available, superior to coffee, juice, and soda. But over time, milk has fallen from grace.

In the ’50s, Swedes drank, on average, nearly two and a half glasses of milk a day. “We’re now down to less than one glass,” says Dr. Karl Michaëlsson, a professor of surgical sciences at Uppsala University in Sweden.

Sales have dropped across Europe—by 20 per cent over the past decade in Sweden, and by about 30 per cent over the past 15 years in the United Kingdom. Finland has the world’s second highest milk consumption (behind Ireland), at 122 litres (32.2 gallons) per capita per year, but that’s down 19 per cent, compared to 20 years ago.

While the consumption of liquid milk products has fallen, the consumption of cheese has increased rapidly, says Johanna Mäkelä, professor of food culture at the University of Helsinki. “So it could be said that milk is still consumed a lot, but the form and the products made out of it have changed.”

As people age, they shun milk for many reasons: Some people can’t digest it comfortably anymore. Others fear that it may contribute to heart disease. Still others seek vegetarian alternatives.

Whatever the reason, millions of Europeans believe that milk is bad for them, when they thought it was good for them not long ago. The experts answered to weigh in.

Milk has been a life-sustaining dietary staple in Europe for thousands of years. That’s especially true of the Scandinavian countries, which are cold countries. Says Dr. Christina Ellervik, associate professor of laboratory medicine at the University of Copenhagen, “What could we live on during the winter in previous ages? Basically, only dried meat, milk, and dried fish.”

Milk is rich in calcium, and it also contains vitamins and minerals that aren’t found in other beverages. It has an ideal ratio of protein, fat, and carbohydrates, making it a well-rounded food source.

Research has shown that milk-drinking reduces the risk of stroke, type 2 diabetes, and several cancers. It may reduce risk for heart disease. It’s bone-strengthening and helps build muscle in adults, particularly those over age 75.

“There is a tendency for older adults to lose muscle mass quite quickly,” says Ian Givens, director of the Institute of Food, Nutrition and Health at the University of Reading.

“Milk proteins have been shown to be the best protein they can consume to reduce muscle loss,” he says. In an older adult, muscles help protect the bones in a fall.

Since childhood, Mika Hämäläinen, 57, of Helsinki, drank milk with almost every meal. By age 35 or 40, he had frequent stomachaches and suspected lactose intolerance.

“I didn’t see a doctor; I just stopped drinking milk and quickly noticed my stomach pains were gone,” he says. “I repeated this test several times, always with the same result.”

Hämäläinen first switched to lactose-free milk, then plant-based milk when he stopped eating red meat. “I like the taste, and I feel healthier and happier,” Hämäläinen says.

Although lactose-free products are available, many people who experience gas, bloating, and diarrhea avoid milk.

“I suspect that quite a few people who think they’re lactose intolerant haven’t actually been assessed,” Givens says.

In recent years, saturated fat—found in animal products, including milk—has become increasingly maligned because of its link to heart disease.

“The ‘obvious’ conclusion is that we should consume less milk,” Givens says. “What people forget is that although milk and dairy products are a source of saturated fat, they also contribute a lot of nutrients.”

No studies have found a clear association—either risk or benefit—of milk for coronary heart disease, says Dr. Ellervik. “It seems that milk consumption, in terms of amount of milk that you drink, is associated with a slightly higher body mass index. But apparently, it doesn’t turn into a higher risk for either coronary heart disease or diabetes.”

Dr. Ellervik’s own research looked at nearly 100,000 adults of Danish descent. She and her colleagues have found that greater milk consumption is negatively associated with both diabetes and heart disease.

Says Givens, “There is now really good evidence that the proteins in milk have a lowering effect on blood pressure.” His own study examined 38 people over a three-month period and found that consuming milk protein in high concentration (think protein shakes that athletes ingest) lowered cholesterol levels, which lowered blood pressure levels. “I think the big picture about milk and dairy products has been missed because of the focus on saturated fats.”

Valérie Lasserre, 52, of Viroflay, France, drank milk into adulthood because “it was presented as good medicine for our bones to grow up and to keep a good skeleton lifelong,” she says.

“I have replaced it by almond or coconut milk when I feel like having a hot chocolate,” Lasserre says.

Many adults who question milk consumption worry about their bones. Many studies have shown that milk consumption is associated with a bone-protective effect, including a recent analysis of Nurses Health Study data, which followed more than 70,000 nurses for 30-plus years. “They showed that there was a benefit,” Dr. Ellervik says. “The more milk you drink, the less likely you are to get hip fracture.”

Yet other researchers found the opposite. A Swedish study looked at food frequency questionnaires filled out by more than 100,000 people over a period of years. It found that the hip-fracture rate was 60 per cent higher among those who drank three or more glasses of milk daily, compared to those who drank less than one glass. “It’s not proven yet, but this is still our hypothesis, that galactose, a component of lactose, induces inflammation and oxidative stress,” says Dr. Michaëlsson, one of the authors.

The Swedish study is controversial, says Lauri Wright, a spokeswoman for the Academy of Nutrition and Dietetics in the United States. “It is the opposite of random control trials that show milk [calcium] protects against fractures.”

As a teenager, Michael Kallinger, 50, of Esslingen, Germany, had such bad acne, he saw a dermatologist. The doctor suspected milk allergy and asked Kallinger to avoid all dairy for five days, then eat as much as possible on the sixth day.

“The results couldn’t have been any clearer,” Kallinger says. “My skin got much better without milk and dramatically worse when I continued to consume it.”

“A direct replacement of dairy milk with plant-based milks is not something we suggest, as their nutrient profile can vary widely,” says dairy researcher Sai Kranthi Kumar Vanga at McGill University in Montréal.

Most plant-based milk doesn’t provide the mix of protein, fat, and carbohydrates that cow’s milk does, or the same vitamins and minerals.

“Quite a few of them are calcium-fortified,” Givens says. “The bio-availability of that calcium will be less than from cow’s milk.”

Shopping on the non-dairy aisle?

A recently published study by Kumar Vanga compared almond, soy, rice, and coconut milk to cow’s milk. He found that soy milk was most nutritious, but not as nutritious as cow’s milk. If you are thinking about trying non-dairy milk, here’s a primer on unsweetened products.

Unless you are lactose intolerant or have a milk allergy, don’t swear off milk based on something that you’ve read. “We shouldn’t change our behaviour based on a single study,” Dr. Michaëlsson says. “We need more studies.”

Because the nutritional advantages of milk outweigh health concerns, experts recommend keeping milk in your diet. “If you like milk, I think people should drink milk,” Dr. Ellervik says. “There are calories in milk, like there is in juice, or sweetened beverages in general. But of course, milk is healthier than sweetened beverages, because of calcium, and D vitamin, and a lot of good stuff.” 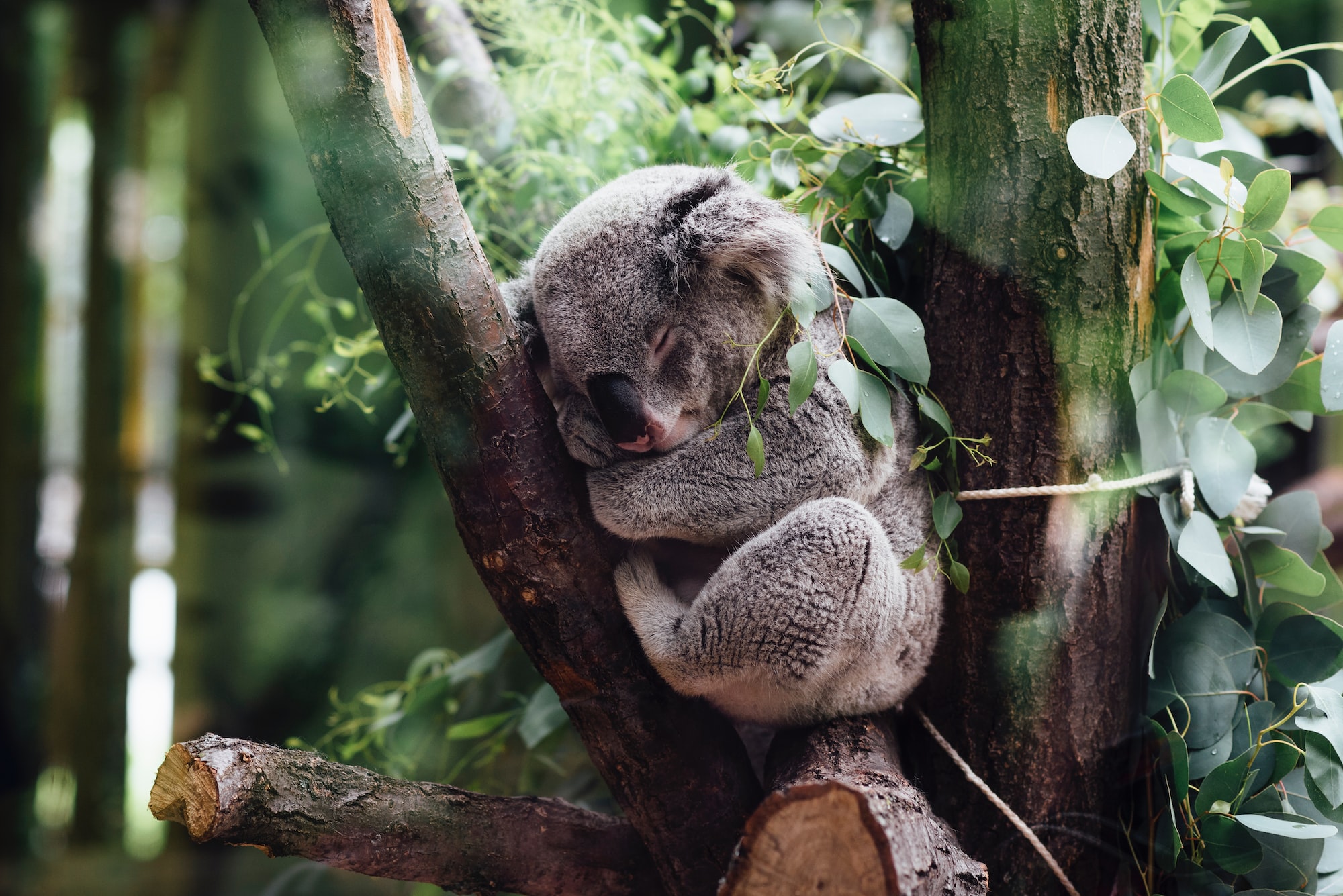